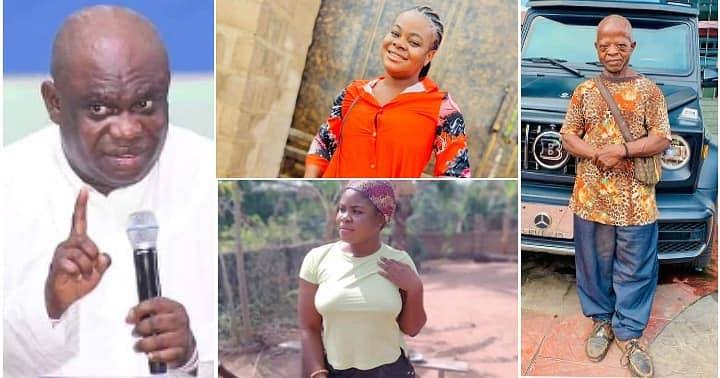 The founder and general overseer of Omega Power Ministries (OPM), Apostle Chibuzor Chinyere is said to be very angry with a popular Nollywood actor, Kenneth Aguba, who was recently reported homeless.

Recall that there were reports that Aguba was spotted sleeping on the streets by roadside shops, after becoming homeless.

Following the viral pictures of Aguba’s condition, Apostle Chibuzor reacted via his verified Twitter handle, offering to accommodate and feed the embattled actor.

The cleric wrote, “Who knows the contact of this actor, should tell him to contact me immediately.

“Instead of him sleeping on the streets, I, Apostle Chibuzor Chinyere, G.O of OPM, is giving him free accommodation in one of the OPM free estates. With free feeding.”

He later kept to his promise, hosted the stranded veteran actor and offered to give him free houses, and feeding in Port- Harcourt.

But in a recent video obtained by NAIJA LIVE TV, the OPM pastor is said to be very angry with Aguda over his demands for a Virgin wife from Isreal.

The OPM Pastor in the recent video also threatened to provide transportation to the people that brought him to dropped him back from were they picked him from.

OPM Pastor angry as Aguda demands for Virgin wife from Isreal …Says, “I will provide transport and you will take him back to were you picked him” [VIDEO]