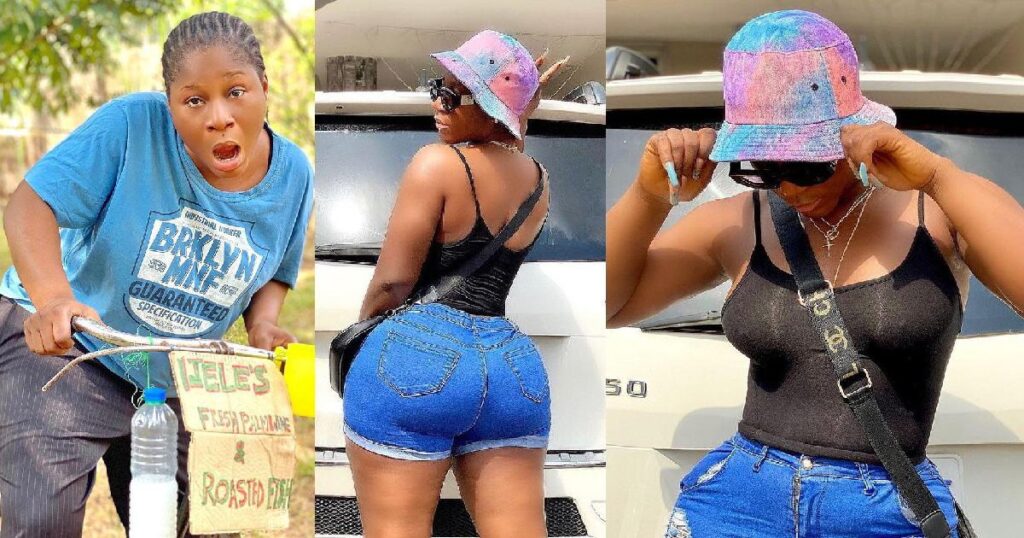 Popular Nigerian actress, Destiny Etiko is one of those female celebrities in the movie industry who is physically blessed with an endowment most guys could die for.

What really entices her fans is the fact that she makes it a habit to flaunt her curves online which has been one of her trick to a loyal fan base on social media.

However, not everyone seems to be in support of her dress code as a lady who claim to be a ‘Destiny Etiko‘ fan reacts over a photo of her dressed in a tight blue ‘Bum short‘ and sleeveless black top.

According to the social media user, the 31-year old actress should stop making herself feel uncomfortable with the clothes she wears most especially her bum short which could cause heat.

Yes she’s pretty and endowed, but maybe she also needs to be mindful of what she wears.

Destiny Etiko slays good but this bumshort right here is just too tight. Stop tortuting yourself in tight shorts with too much heat, it’s just unnecessary.

See some photos below;