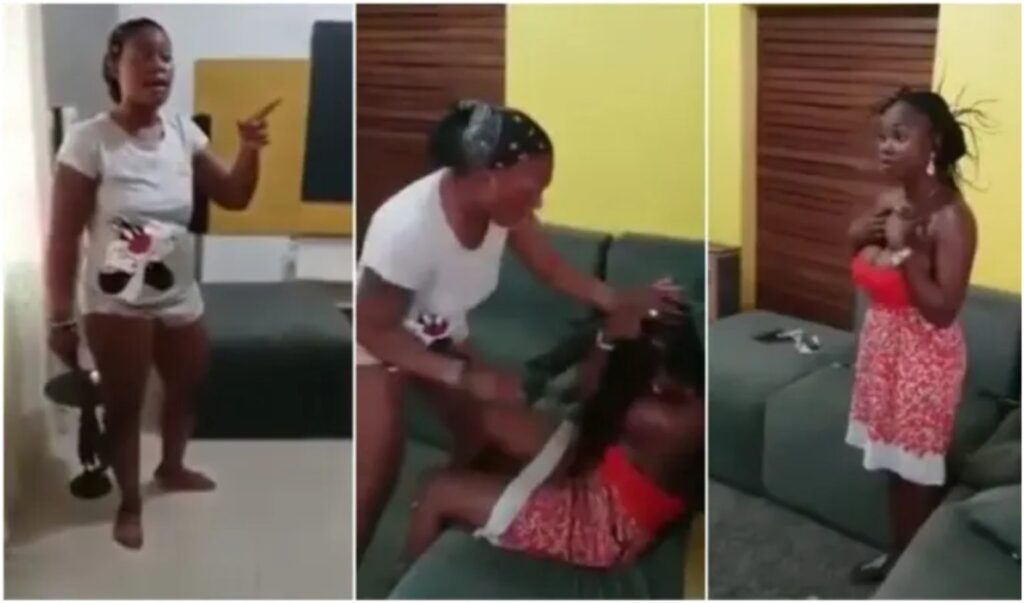 A young lady got more than she bargained for after she was lured into a den of torture for having a secret affair with a married man.

The man’s wife set a trap for the mistress after discovering her affair with her hussy. According to reports, the wife had been suspecting her husband of infidelity and finally confirmed her suspicions after her husband forgot his phone at home one day on his way to work.

The wife then plotted to trap his mistress by sending a text message to the side chick she suspected, pretending to be her husband and asking her to come home, so they could ‘get down’.

To make the message even more convincing, the woman in a part of her message wrote; “My stupid wife is not home, come over and let’s make some sweet love”

And the side chick who probably had been waiting for her next sex romp with the man, quickly rushed to his house only for her to realize that she had run into trouble.

The angry wife who had earnestly been waiting for her, beat her up and even took her clothes off, while letting another person record the whole incident after which she uploaded the video online.