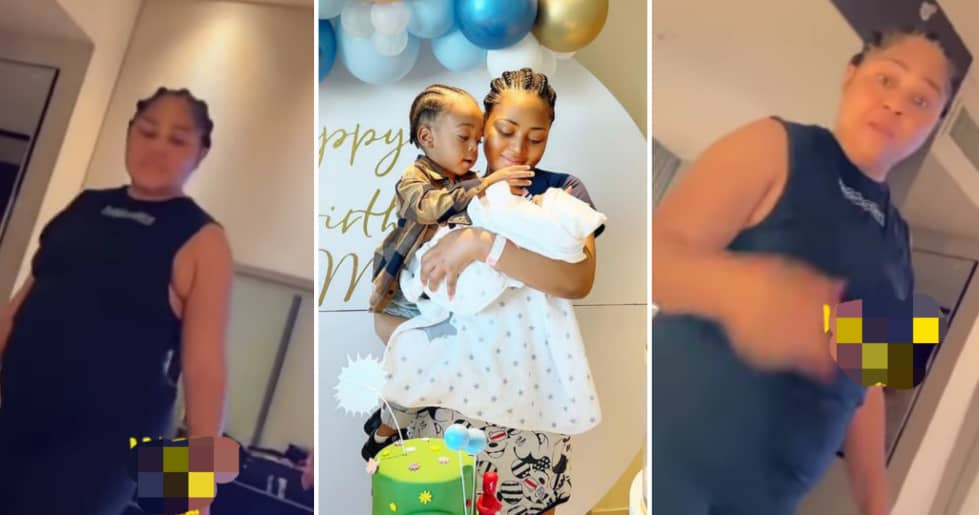 Nollywood actress, Regina Daniels who became a mother of two recently was seen in a viral video engaging in a gentle argument with her mother, Rita Daniels.

In a viral video, the actress’ mother was seen criticizing Regina for eating sugary things just fed days after childbirth. 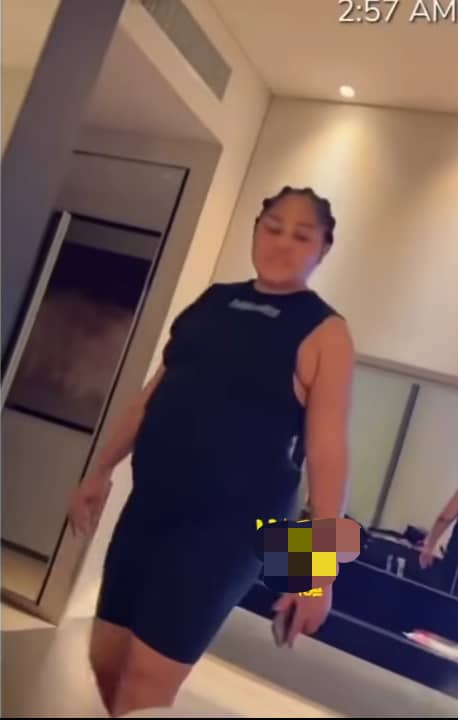 She went further to complain that her grandson has been pooping uncontrollably.

In the video, Rita Daniels was heard saying:

“Are you okay? You’re eating all these sugary things and look at the baby pooping like what I don’t even know what to call it. Look at the cake in the name of Moon, ‘Moon is still celebrating his birthday’.

“How many cakes has Moon eaten? You’ve been the one eating and then you ordered for the second one again. You will now use coke to wash it down all in the name of you’re a breastfeeding mum. Who taught you that?”