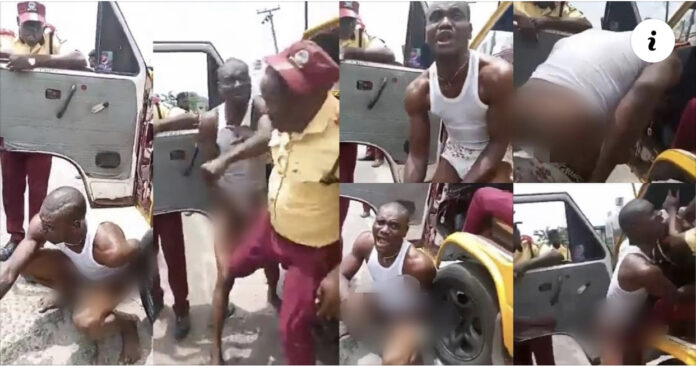 A commercial bus driver created a scene somewhere in the state today when he used his own excrete on some officials of the Lagos state Traffic Management Authority LASTMA.

The traffic management officials had attempted to arrest him for a possible traffic offense. The erratic driver came down from his vehicle, pulled his trouser, removed his pant, bent down and then pooed on his hand. He proceeded to stain the LASTMA officials with the poo in his hand.

Watch the video from the scene below