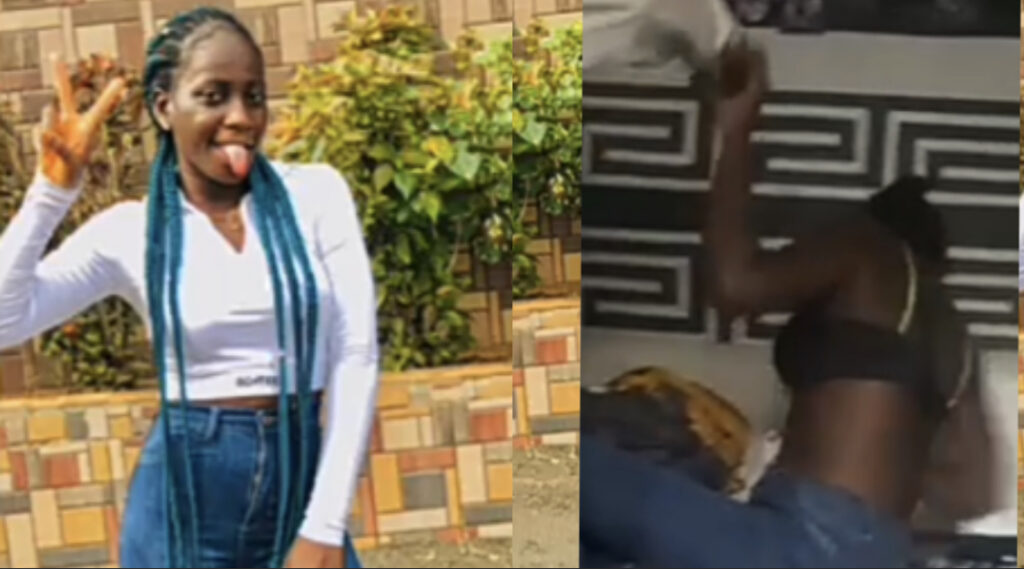 Young beautiful Nigerian lady identify according to the video as “Ogbede” has been caught red handed in a recent trading video which proved she has been cheating with her friend boyfriend.

Her yet to be identified friend who caught her felt so much of heart break, because she never expected such act from Ogbede, In her words she was shouting, so Ogbede it you, what are you doing here.

Giving you the full gist, the video was recorded by the boyfriend who is also a cheat, many have reacted to this saying it an unfair act from the guy, but looking at it from the other hand, it looks like a set up.