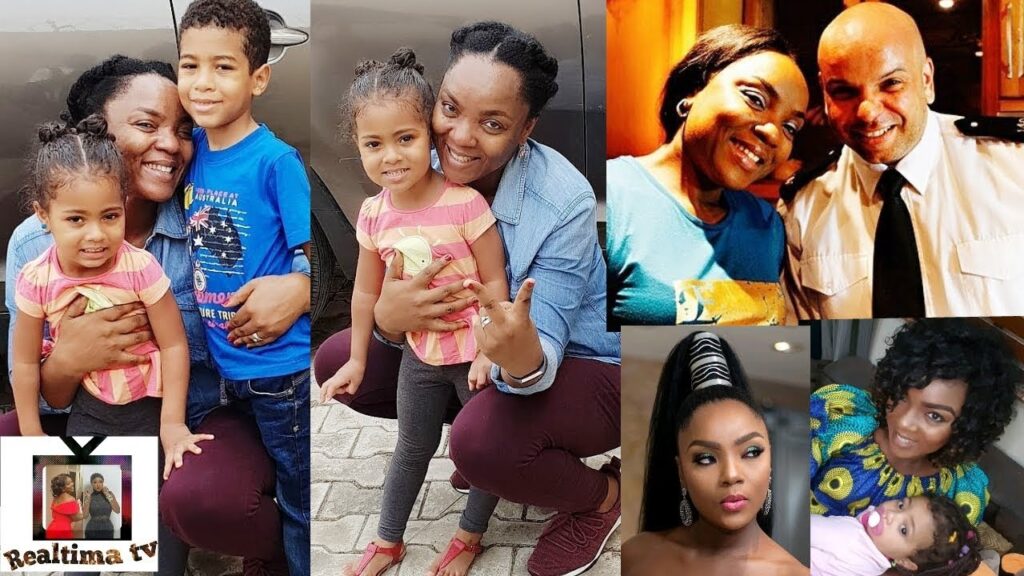 This came hours after a fan dropped a bombshell about her marriage.

The social media user revealed that the actress’s marriage had hit the rock and this has left many praising the actress.

While nothing how Chioma was shining and glowing at her colleague, Rita Dominic’s wedding, the female fan revealed that her divorce has made glowed up since her husband was a torn in her flesh.

She wrote, “Watching flips from Rita’s trad today, I really love how Chioma Chukwuka has been shining and glowing since her divorce. That man was a torn in her flesh jare”.

Following the revelation, Nigerians have showered praises on the actress for keeping her marital issues private.

chiinenye_ : Chioma’s maturity is everything_ very private and avoids unnecessary dramas…but whoever this lady is, did not need to inform anyone on Chioma’s divorce..very unnecessary

sharonitaaccessories : Much respect to her for keeping her life private out of social media

_amaraluka : She’s divorced and she no make noise unlike all these mannerless celebrities

Chioma Akpotha had disclosed that raising her son and daughter, has been tough.

In an interview with Saturday Beats, the actress said “Contrary to what is in the public domain, I don’t have two sons; I actually have a boy and a girl. Although it has been tough raising them, I have been able to handle it, sometimes with the help of my siblings when I’m not available to be with them. God has been faithful and I have been able to manage myself over the years. I have been able to stay out of scandals by being myself. I don’t go out of my way to do anything in particular. Being a celebrity does not affect how I view life. I have always viewed life the same way, irrespective of my celebrity status.”

Speaking further, the actress in the interview disclosed that she no longer expends time on things that don’t work out the way she expects.

“My birthday was on March 12, and I am grateful to God for bringing me this far. I am happy to be around my loved ones. In all honesty, there is nothing I am doing differently today, compared to 15 years ago, aside from the fact that I no longer stress myself over issues. If something is not working, I would just let go of it, instead of trying to break my head over it because what will be will be.

There is a stage one gets to in life that one would just move on if things don’t go as expected. Ten or 15 years ago, I would always try to find every means to make things happen or get someone to help out. I don’t do that anymore, not even at this time that the country is hard. The major thing that has changed as I grow older is that I have a closer relationship with God. It was not a conscious decision, but something that happened over the years.” Chioma Akpotha said.