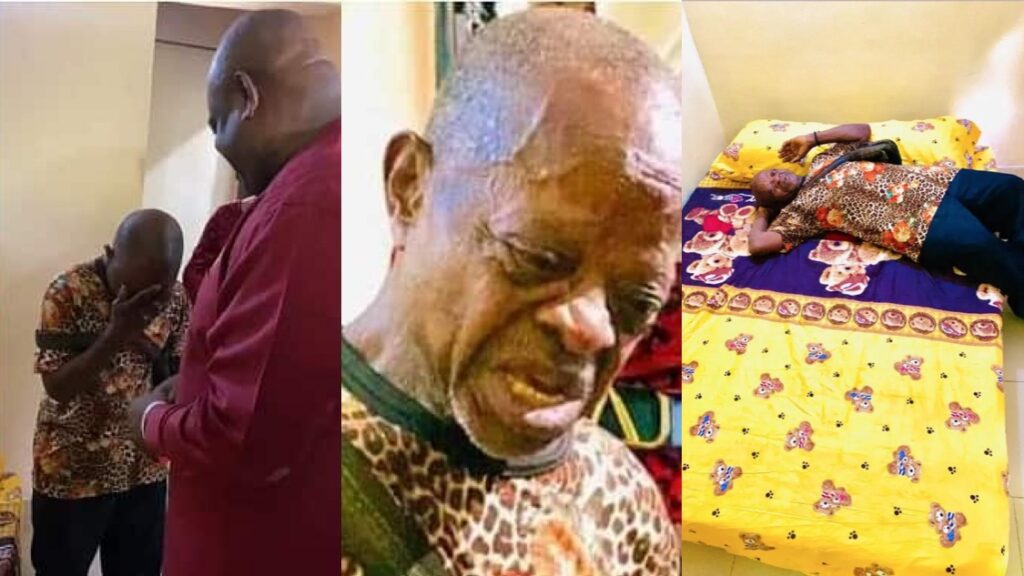 Apostle Chibuzor offered Aguba a free house in Port Harcourt and the photos were shared on his Facebook page.

This is coming a few hours after the clergyman launched a search for Aguba after pictures of him in a dirty environment made the rounds on the internet.

One of the photos captured the veteran actor crying uncontrollably over the house gift and another showed where he was lying on a bed.

Naija News had earlier reported that the National President of the Actors Guild of Nigeria (AGN), Ejezie Emeka Rollas refuted the claims that Kenneth Aguba was abandoned.

In a statement issued on social media, Emeka said the Enugu State Chapter of the Guild and some members have been supportive in both provisions of accommodation and medical intervention for the actor in the past four years.

He frowned at the shade thrown at the AGN since the photos went viral describing it as the handwork of detractors.

Emeka added that Kenneth was never abandoned and his recent condition could be a case of spiritual issue.