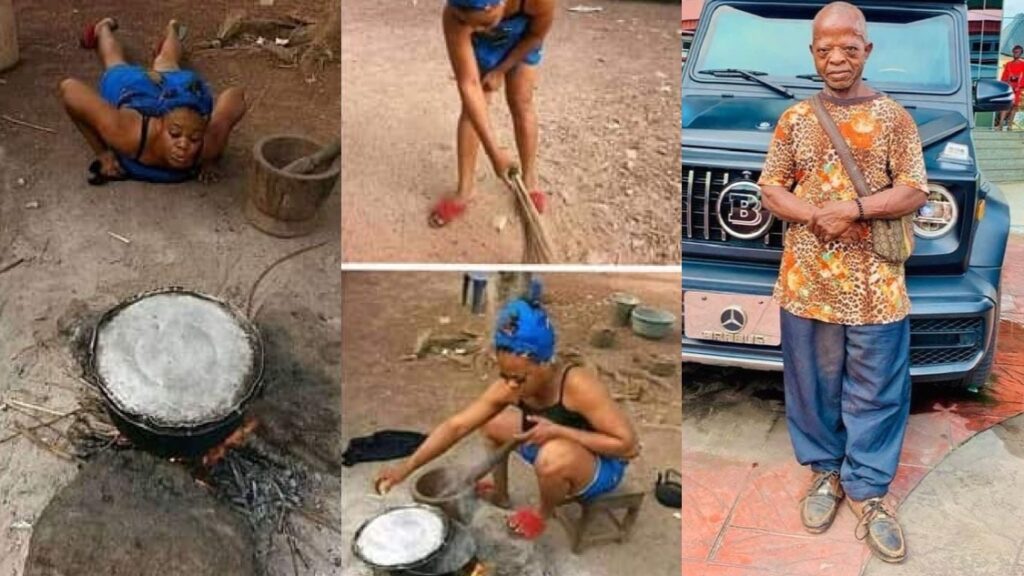 A Nigerian lady identified as Ella Ada has stated that she is ready to get married to actor Aguba and give him children.

She made this announcement via her official Facebook page some moments ago.

Ella in her post, called on the founder of Omega Power Ministries (OPM), Apostle Chibuzor Chinyere to consider her as the wife of Aguba.

Recall, hours ago, Apostle Chibuzor promised to get a wife for actor Aguba, pay her bride price and sponsor the entire wedding.

Following his promise, two ladies have now expressed their desire to tie the knot with the popular actor.

“Is a lie ..u don’t love him .nah because of money u wan marry him..u want make opm reason ur matter..na lie..u won’t marry that man..he deserves a gentle girl not someone that insult his fan careless . Bayii.”

“Only comment she needs,but is not a bad thing to marry old man,what about regina daniel,is because the man is pore or what.”

“Fake life is not good madam we are going to get him an innocent woman from a responsible family you miss it.”

“U really want to go below but the village people don’t want you. zukwanNike Ella.”