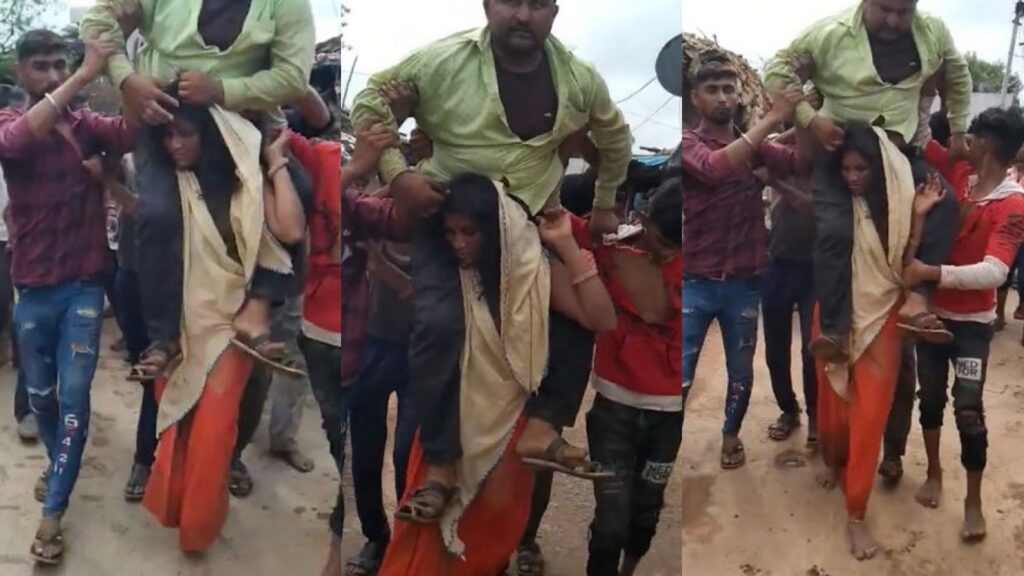 A cheating wife was forced to carry her husband on her shoulders and parade him through the streets after she was caught having an affair.

The incident is reported to have taken place in Borpadaw Village, India on July 3, 2022. According to the report, the woman went missing for seven days and her husband and in-laws searched for her all through the week, to no avail.

Her husband then decided to file a missing person’s report and that’s when a member of the public came forward and told officials that the woman was residing at her boyfriend’s house. It’s alleged the unidentified woman’s husband beat her, pulled her hair and slammed her on the ground after finding out about the affair.

The woman was then made to carry her husband through town. She can be seen holding her husband on her shoulders as she walks down the street, surrounded by locals. According to reports, it is claimed that the husband proceeded to showcase her throughout their village, while hanging shoes from her neck, in the grim scenes.

Currently, nine people have been arrested for the incident and she has been sent to her childhood home.