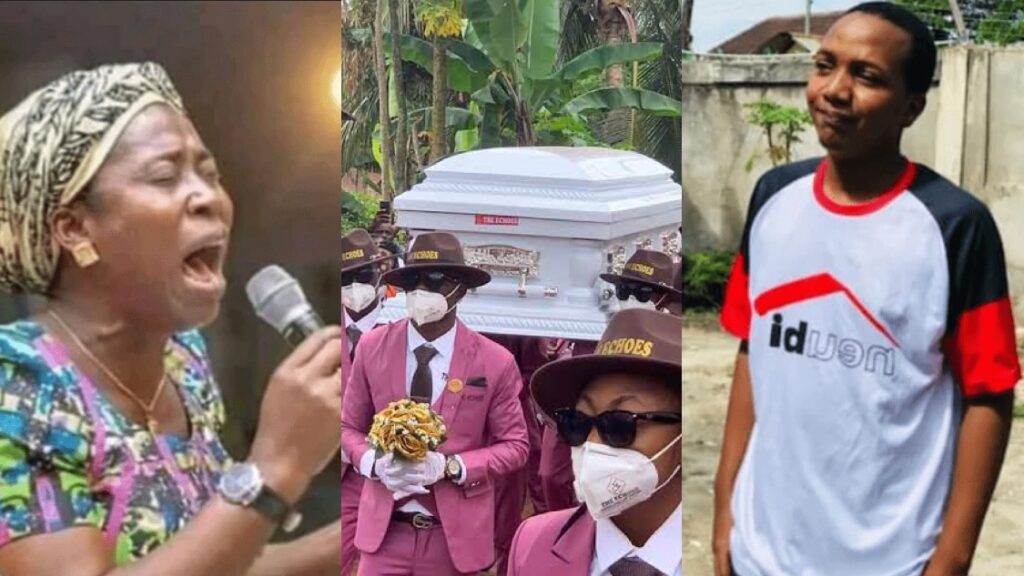 According to the preacher, God said late Odinachi was warned severally to change

According to Allen, he came to the knowledge of this after it was shown to him by God in the course of a vigil prayer at church some days ago.

The pastor made this call in a Facebook post on July 2 as he revealed that the late gospel singer is in hell because of her disobedience.

In the length read titled, ‘OSINACHI NWANCHUKWU IS IN HELL FOR DISOBEDIENCE,’ Allen said God told him these things during a vigil prayer in church some days ago.

Allen’s prophecy comes 7 days after the remains of the late singer was laid to rest in her hometown, Isochi Umunneochi in Abia State.

According to the preacher, God said late Odinachi was warned severally to change from her ways, but the Ekwueme crooner refused and kept using ‘instruments of Jezebel.’

Allen said that the singer is now burning in hell. His post read in part:

“Few days ago we were in vigil prayer in the church when suddenly the Lord appeared and he told me” Allen, what is the latest news about the gospel singer osinachi nwanchukwu?”. “I told the Lord” very recently I saw a youtube story that they were performing a burial ceremony, I saw the coffin in the church which I believe they were going to Bury her at last( I don’t know if she’s buried yet)”.

“The Lord said to me” go and speak about this again, tell my children what happened. Osinachi is in hell for disobedience, I warned her but she never wanted to listen to me. “I warned her many times through different ways but still she did not listen to me. She just kept hardening her heart and using these instruments of jezebel. She’s now in hell suffering great torment, she’s burning in fire because of the property of jezebel she was using”.