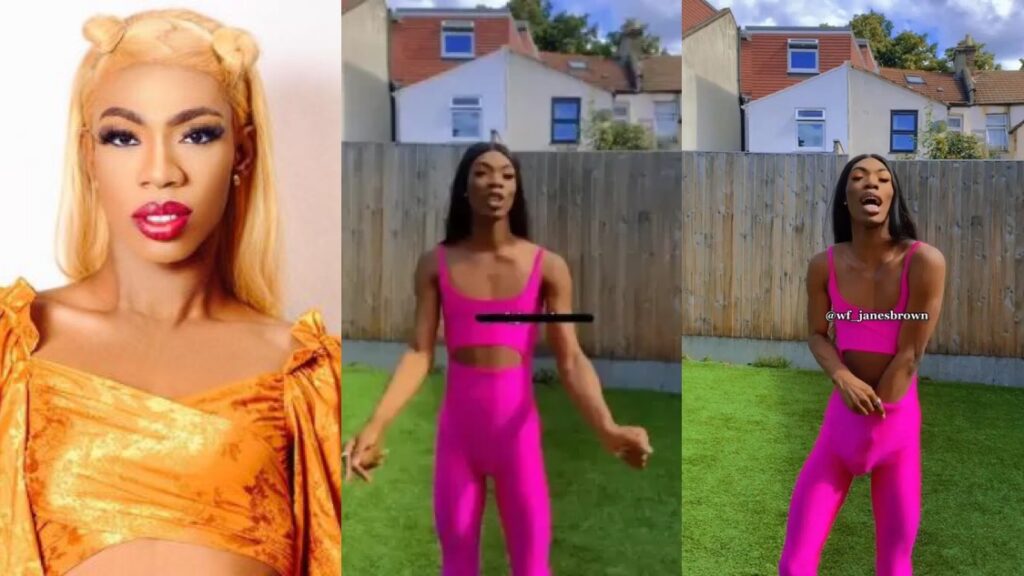 In a series of videos, the crossdresser insisted on being a woman, prompting fans to question his womanhood.

Taking to Instagram, James Brown emphasized his gender while revealing what he called proof to those who doubted him.

Reaching for his underwear, the self-proclaimed Princess of Africow pulled out a tampon, which he claims he uses for his monthly flows.