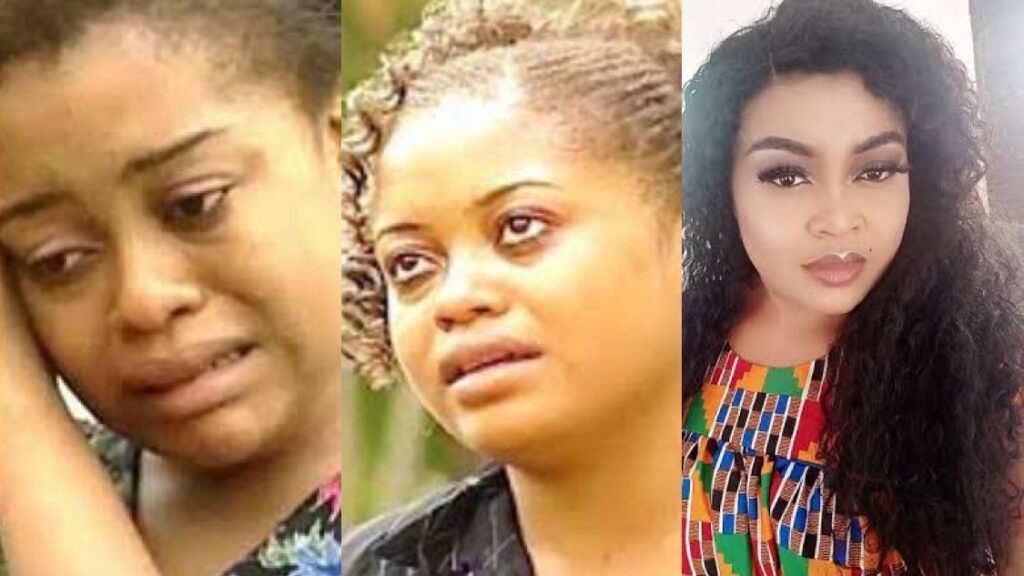 The marriage between Nollywood Actress, Nkiru Sylvanus, to Stanley Duru, has ran into a storm. It has, reportedly, crashed.

The six-year old marriage reportedly crashed over allegations of insincerity and irreconcilable differences.

Stanley was married to another Actress in the Nollywood industry, Oge Okoye, but  the marriage also hit the rock on allegations of drunkenness on the part of Stanley.

The magazine gathered that before Oge Okoye tied the nuts with Stanley, he was said to be already  dating Nkiru, before dumping her for  Okoye, and later returning to Nkiru whom he later married.

During Oge Okoye’s relationship with Stanley, she described him as God-fearing, understanding, loving and caring.

She also said that he was a big lover of parties, and the two of them used to go clubbing together.

However, after things fell apart, Okoye claimed that Stanley was, above all, a chronic alcoholic.

Investigations revealed that Oge Okoye was the reason things did not work out between Stanley and Nkiru.

She, reportedly, got very intimate with the man in question, and got pregnant, which angered Nkiru. Okoye  later married him and had her baby in Amsterdam. When the marriage to Okoye crashed, Sylvanus appeared on the scene again. Both got married.  But now, it has, also, come to nought.

The Source was incorporated on December 23, 1996 as a publishing outfit by Summit Publications Limited. It roared onto the Nigerian newsmagazine market on Monday, April 7, 1997 with the first edition of The Source, its major title. The Source was conceptualised to be the peak of journalistic excellence in Nigeria – a great newsmagazine that will present news and news analysis with intellectual, as well as presential, scope and depth and vision.