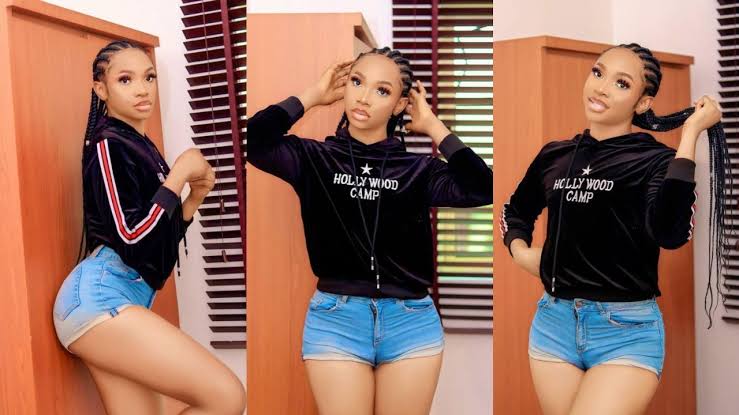 Nigerian crossdresser Jay Bugatti has given his fans a sneak-peek into his s3xual life as he has displayed his surgically made p*ssy.

Jay Bugatti took to his Instagram page to share a photo of himself under a shower with a bra and a panty as he revealed he did the gender reassignment surgery sometime ago and decided to keep it a secret.

It could be seen from the photo that he had removed his p3nis and now had a functioning p*ssy like any other female.