An alleged female thief has been apprehended after she was caught stealing in Auchi area ofEdo state.

According to reports, the girl identified asFaridat, was nabbed by residents after she allegedly stole a mobile phone through the window by 3am on Wednesday.

She reportedly claimed to be from Ughiole in Aviele, Etsako West Local Government area of the state.

Faridat confessed that she was out on operation with her boyfriend, who wasn’t named. But he escaped when an alarm was raised on their presence in the area.

She was tied up by the residents and handed over to the local security operatives in the area.

WATCH VIDEO WHERE SHE WAS STRIPPED NAKED HERE
See her photos; 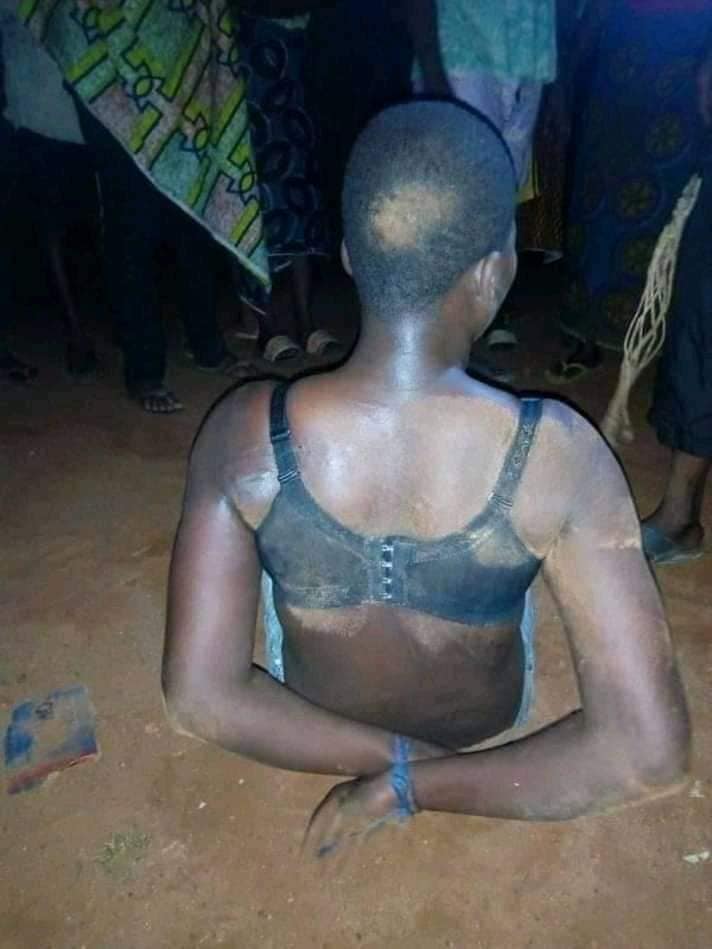