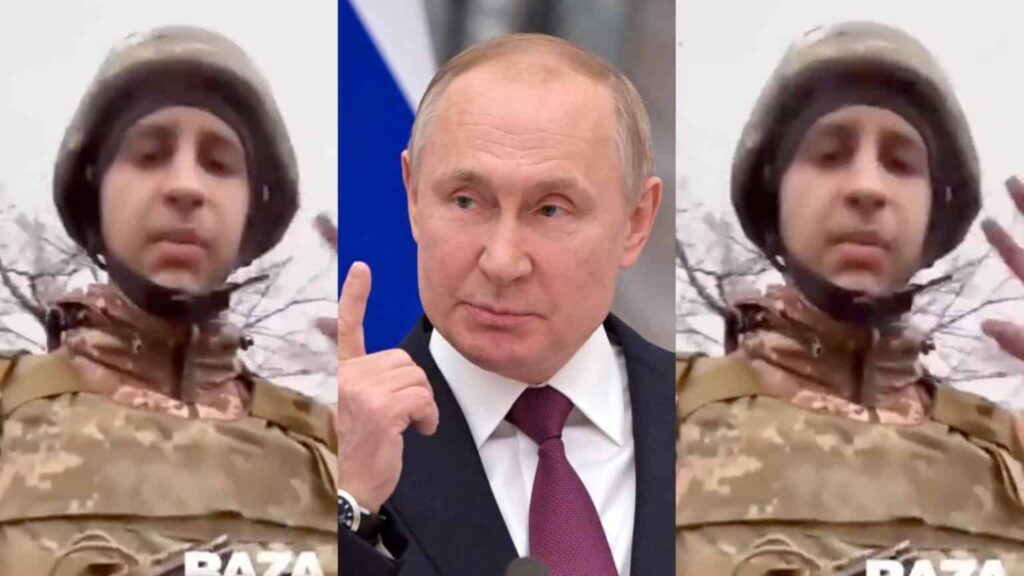 A viral video of a crying Ukrainian soldier gives an account of the extent of the attack Russia has launched on Ukraine.

Russia launched a large-scale invasion of Ukraine on February 24, 2022, signaling a significant escalation in the ongoing Russo-Ukrainian War.

The campaign was preceded by a long-term Russian military buildup that began in early 2021, as well as Russian demands that Ukraine is lawfully barred from joining NATO.

The soldier in the video cried about his safety by sending what seemed to be his last words to his family.

With the airstrip overtaking some major cities in Ukraine, the local soldier felt his life was in danger as he felt incapacitated to fight the invasion from Russia.

Ukrainian soldier: We are under heavy bombardment.. Mom.. Dad.. I love you.