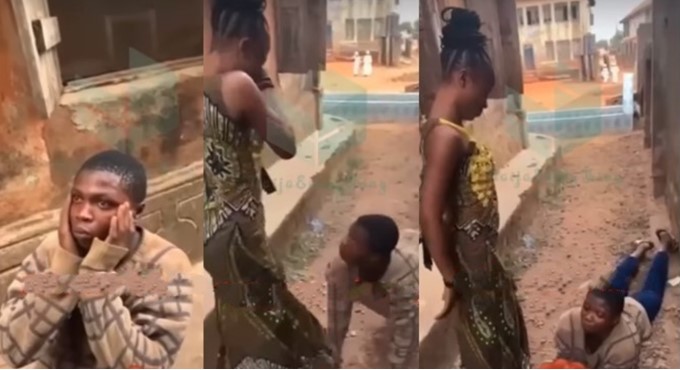 A video making the rounds on social media captures a Nigerian man being made to apologize to a girl whose heart he allegedly broke.

It was gathered that the girl in question is the sister to a cultist, so when he broke her heart, her brother and his friends paid him a visit.

In the clip, the young man who seemed to be gripped by fearing was forced to prostrate on a stony surfaced and apologise to his girlfriend.

He could be seen holding her legs and apologising from the depth of his heart with tears building up in his eyes while some men in the background gave him instructions.