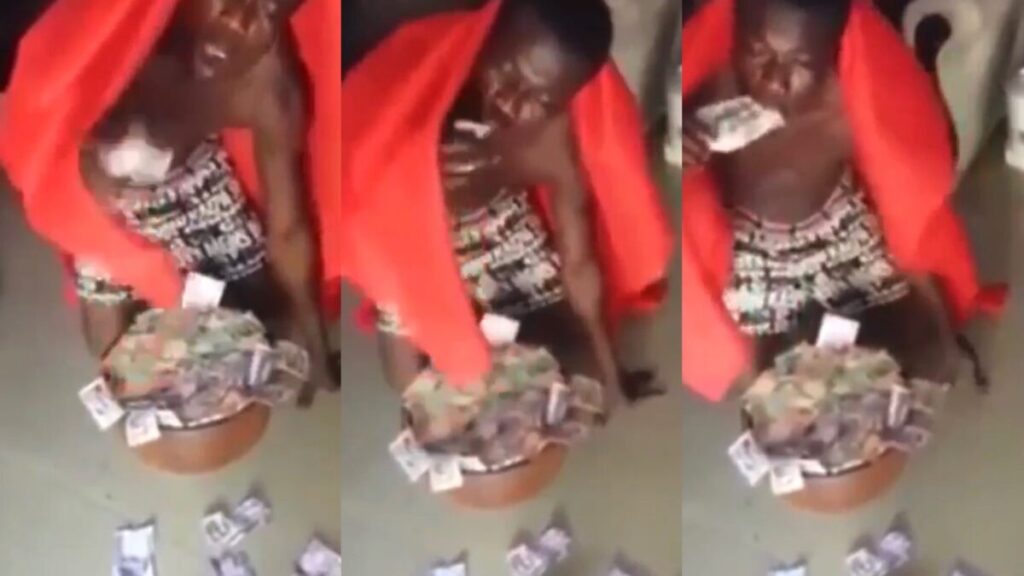 Wonders they say shall never end! This January has been hot, especially from Yahoo boys who have doing all kind of rituals. It’s either they eating live chicken or they spraying cash into a river.

In this trending video, a Yahoo boy is seen vomiting foreign currencies after the ritual performed was successful. According to reports, he will keep vomiting money for 4 years and after that he will die.

In the video, the Yahoo boy is seen vomiting money out of his mouth with his body and head covered with a red wrapper. It’s another form of ritual to make money huge amount of money but it’s temporary.

Recall a few days ago, Prophet Onye Eze was seen performing ritual for his client at a river with N50 notes. His members were bathing na aked in a river.