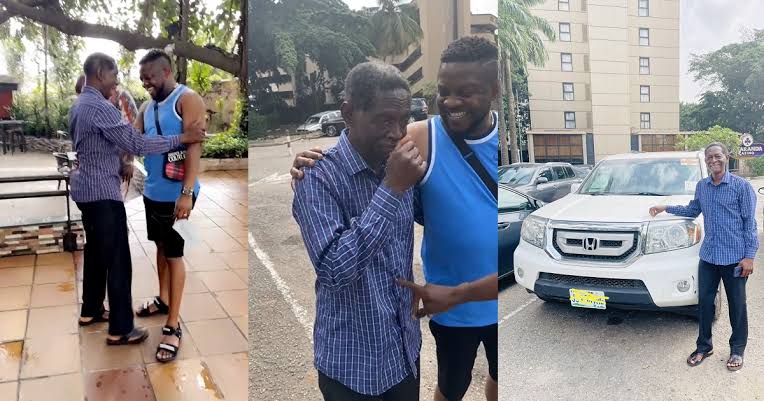 A Nigerian father shed happy tears as he reunited with his son after nine years of being apart from each other.

The lovely moment was captured on camera and was shared by the brother of the returnee on Twitter — according to him, his dad hasn’t seen his brother in 9 years. In the video, the dad was first ectstatic seeing his son after almost a decade as he warmly embraced him.

Things later got quite emotional after the old man was shown the new car his son got for him. Overwhelmed with the gesture and reunion, the graceful father couldn’t hold back tears as his son comforted him.