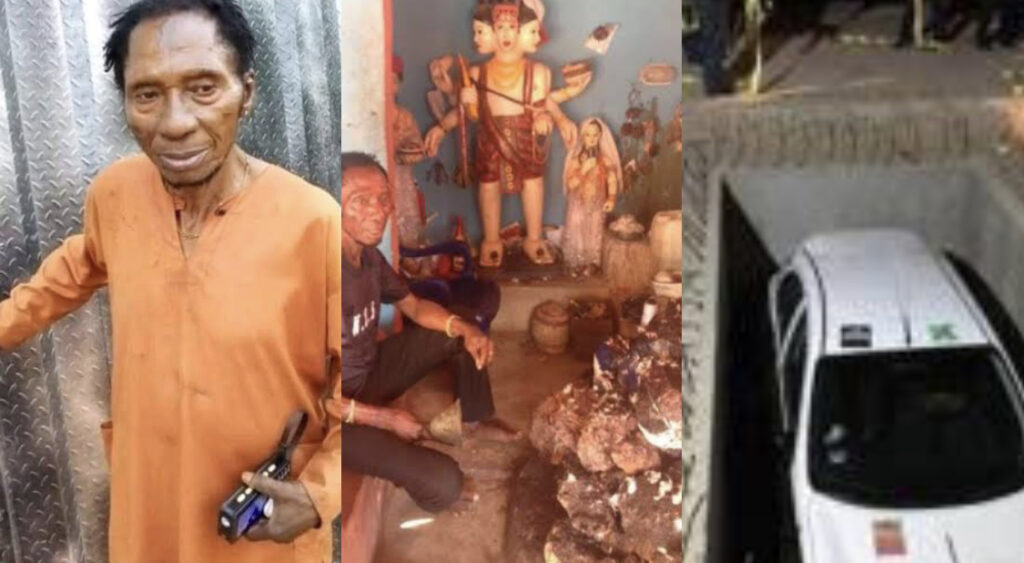 An Enugu State polygamist, Chief Simon Odo, also known as ‘Son of Satan’, has died at the age of 74.

Chief Simon Odo was married to 59 wives and had over 300 children and grandchildren before his death.

A video obtained by Daily Post on Wednesday morning revealed that the deceased has been buried.

According to the video currently making the rounds, the late Odo was interred with a flashy car.

Emeka Odo, one of his sons, had disclosed the report of his death to newsmen on Tuesday.

Emeka told newsmen that Odo, who was a native doctor from Aji in Igbo-Eze North Local Government Area of Enugu State, prior to his death, warned that his remains should not be taken to a mortuary.

He said: “He has been down with illness for about three weeks now. We are having a family meeting to perfect arrangements for his burial as he left an instruction that we should not put him in the mortuary.”