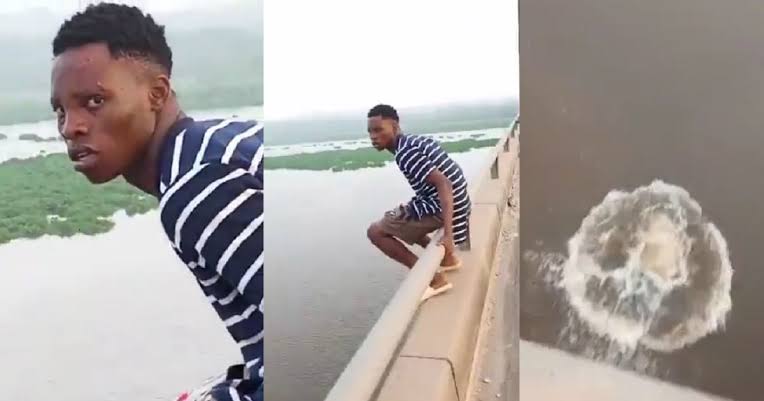 A 21-year-old man, identified as Odunare Olalekan, was filmed jumping into a lagoon in Epe local government area of Lagos state around 10am on Tuesday, December 14. 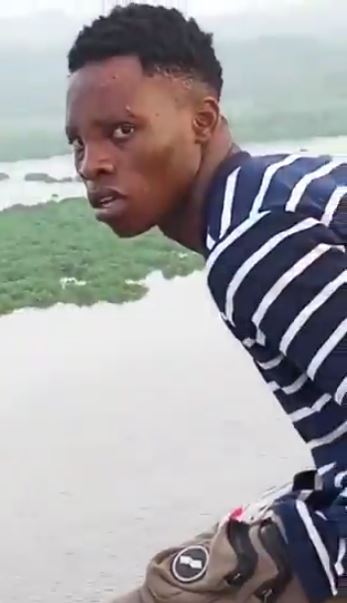 The victim, who is said to be a Ordinary National Diploma (OND) holder and a worker at Alaro City, a mega estate located along the Lekki-Epe Expressway, was seen in a viral video sitting on the railing of a bridge before plunging into the lagoon.

The man who filmed the sad incident could be heard asking about his identity, but the victim who seemed disturbed and distressed, didn’t respond. 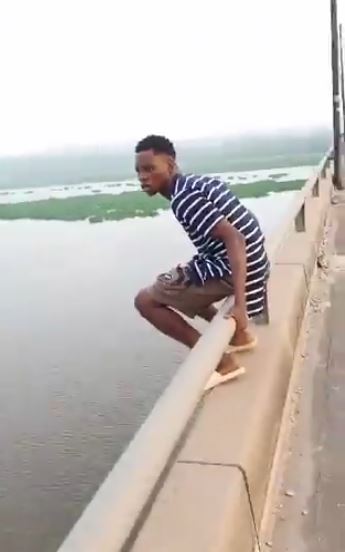 As at the time of filing this report, his body is yet to be recovered from the lagoon.

It was further learnt that the young man who is believed to be dead, left behind a one-year-old child for his 19-year-old girlfriend.

He also reportedly told her to take care of their child before heading to the lagoon to end his life.

Watch the disturbing video below,