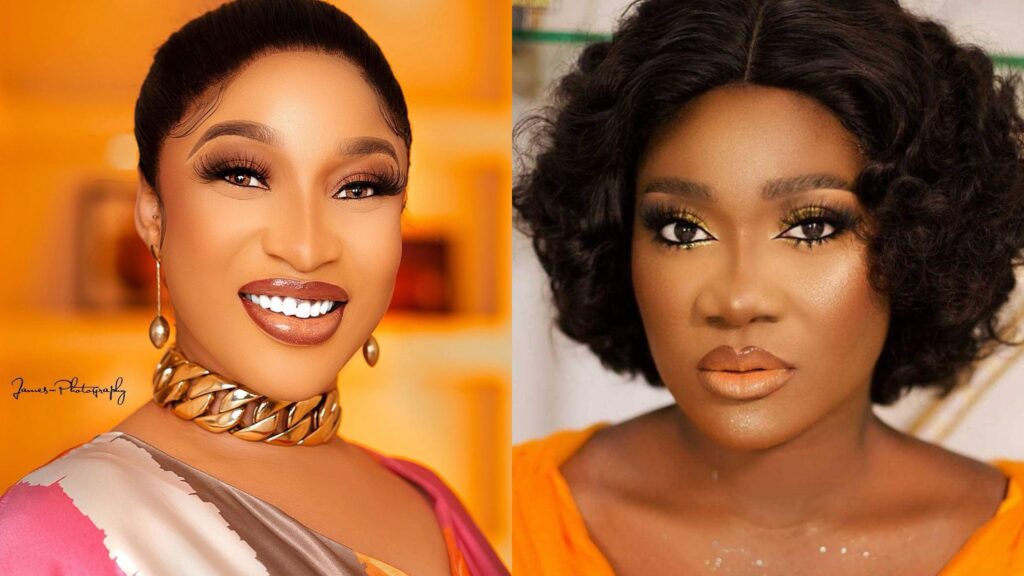 These celebrities were very close friends before. They hung out together and graced occasions together in the past but due to one thing or the other, they had to part ways.

They were bosom friends before but had to part ways few years ago.

The two were very close pals before but had to part ways over undisclosed reasons. They don’t talk to each other again.

The two were like Siamese twins few years back. They lived together and appeared inseparable as they graced events together. But they fell apart as Uti insinuated betrayal as the main cause of their break up.

The two were very close friends. Oge was the only known Nollywood star that graced Ini’s wedding in Texas. But the two fell apart few years later.

They were friends as Oge stayed in Chioma’s house each time she went to London. But Oge always made a mess of Chioma’s kitchen which made Chioma’s hubby, Mr Toplis threaten to throw Oge out. Ever since, they are sworn enemies.

They were very close as Monalisa even accommodated Nse in her house but they later had problem and Monalisa reportedly threw her out. One thing people don’t know about Monalisa is that she hardly keeps friends for long. Genevieve Nnaji and Rita Dominic were her friends before, but she started avoiding them while still married to Dejo Richard, but after her marriage crashed, she started looking for them.

They were quite close but later parted ways. Tonto was annoyed with Rukky for attending Yvonne Nelson’s movie premier, as she perceived Ms Nelson as her enemy.

8 9ICE & RUGGEDMAN
They were best friends before they fell apart . They exchanged words publicly via social media, called each other names.

9 CHINYERE WILFRED & FLORENCE ONUMA
They were the best of friends several years ago that they confided in each other so much. But Florence Onuma blackmailed her then best friend, CHINYERE Wilfred. N.ude pictures were involved and the police also got involved with AGN intervening in the case. Ever since, they both don’t get along again as they are best friends turned enemies.