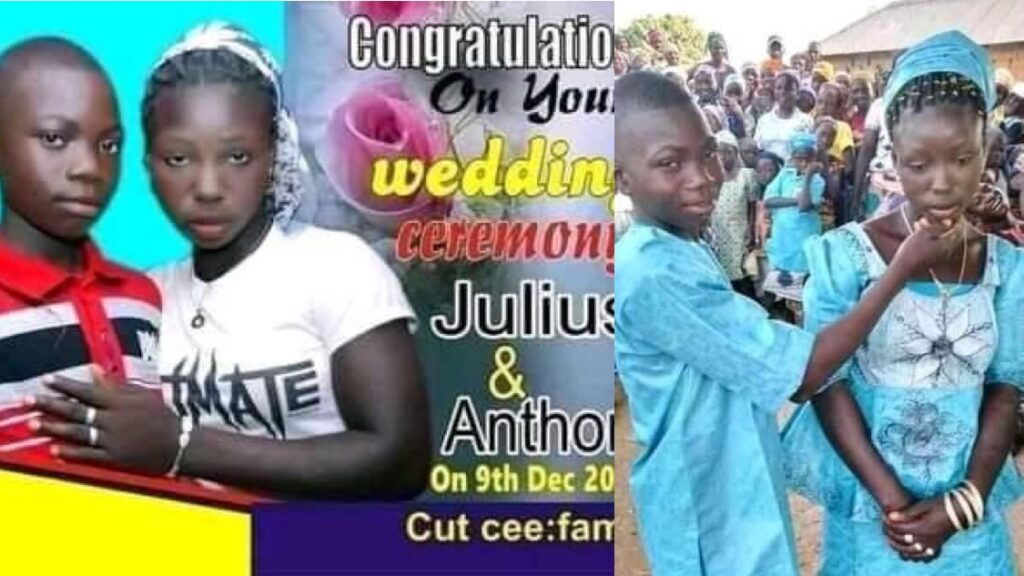 The boy named Julius who is said to be 11-years-old allegedly got married to a girl named Anthonia on Thursday, December 9, 2021.

A Facebook user, Bagayang Innocent Vincent who lives in Kaduna claimed the wedding was held in Jaba, Kaduna State.

“The wedding was awesome and colourful.
Julius Funom & Anthonia Mihas
HAM (JABA) kaduna state
You must see wonders once the price of ginger is higher.”

A photo of the said couple on their wedding day was also shared online, alongside photos of the calendar shared as souvenirs.

Because of the age of the couple, people are calling for the parents of the children to be arrested.