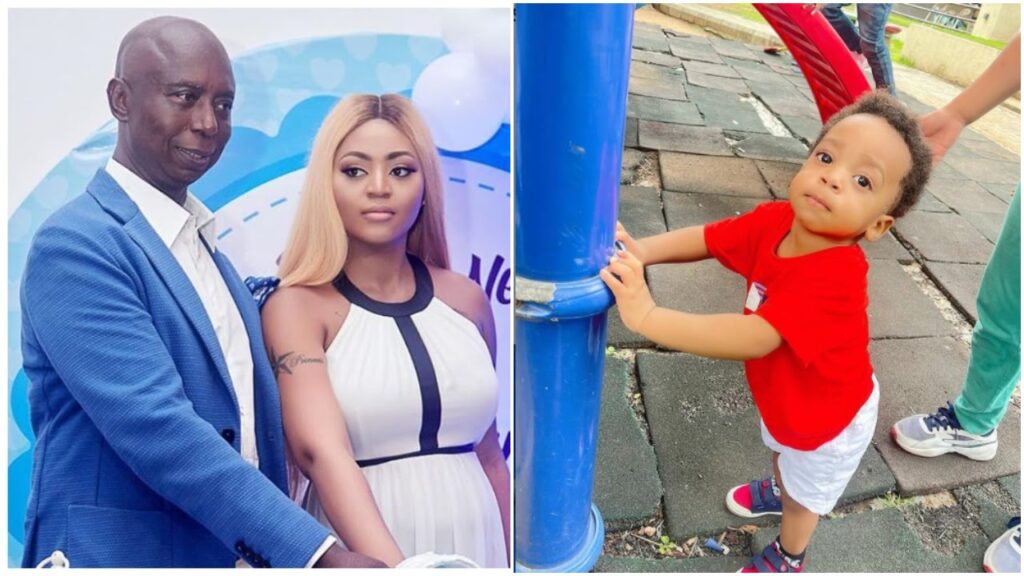 A Nigerian actress based in the UK, Timmy K, has given reasons the popular actress and Billionaire’s wife, Regina Daniels can’t have more than one child for her husband, Ned Nwoko.

Using herself as an example, she outlined some disadvantages of marrying an old man that ladies who have plans of tying the knot with men that than them should consider.

While speaking in an interview with Potpourri that old men don’t want more than one children from their multiple wives because they already have children , she directed her advice to Nollywood sensation and billionaire wife Regina Daniels.

According to her, after having a child with their new wife, they tend to focus on themselves and the future of the child, hence if a wants to have more children, she can’t do so.

Timmy K recounted her experience and the ordeal she had to go through after she married an old Briton, old enough to be her father.

“Young girls should avoid getting married go an old man; an elderly man old enough to be their father or even grandfather..

You would be denied alot. The man is old already and gotten children from other women.

So after one child, he might not want more from you. If you want more than one child, that would be almost impossible.

Getting married to an elderly, you end up giving more to the man, the only thing he would be giving back to you, is money. And not even all the time because he got other children to take care of.

You see, I wasted my life, just like that. In all, I still give God all the glory.

Thank God that I am still alive and talking about my experience, so that other young girl can learn. Thank God I have a son. I pray that God sees me through the divorce.

I would have to come back and start life afresh with my son.” Timmy narrated.

Based on Timmy K’s submission, one can easily conclude that Regina Daniels can only have one child for her billionaire husband Ned Nwoko.