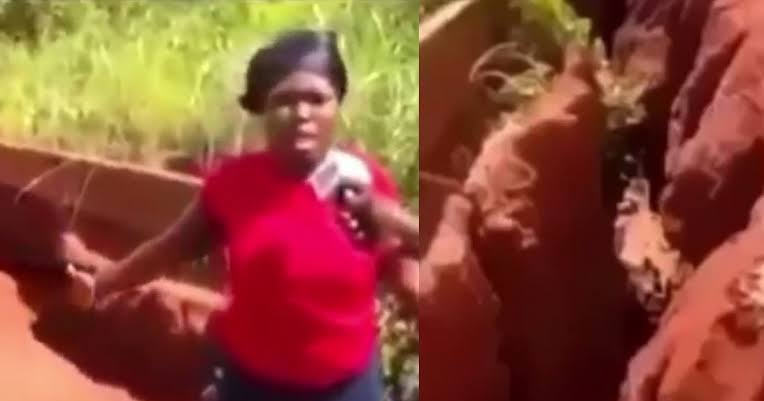 According to the aggrieved woman, when prospective suitors come to her town and get on their road, they get discouraged from ever returning.

The woman who stated this in an interview with news men also stated blamed her inability to find a husband on the activities of armed robbers in the area.

According to her, the robbers depletes men of the resources they could use to marry single ladies like her.

Because of how bad the road is, robbers keep stealing from the men who would want to marry us. So we are begging the government to come and fix the roads for us to be able to find love.” she said.