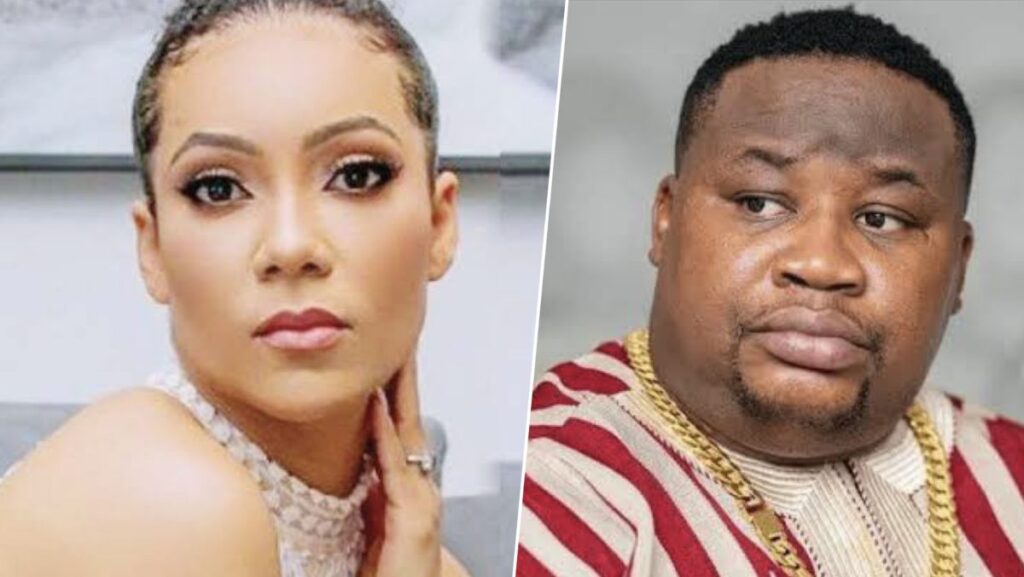 Big Brother Naija star, Maria appears to be unbothered with the husband-snatching allegations levelled against her by socialite, Cubana Chief Priest.

The reality star has been making headlines after internet celebrity, Cubana Chief Priest called her out accusing her of snatching his sister’s husband and spending time with him in Dubai.

The socialite went on to share receipts to back up his claims, while he and talent manager, Paul Okoye tackled each other over the Maria-married man saga.

However, moments ago an unbothered Maria took to her Insta-stories to share the inspiration for her Penthouse in Lagos. 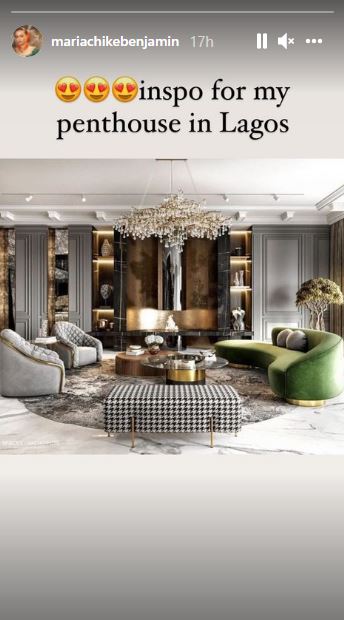 In other news, in a recent interview, Big Brother Naija beauty – Maria Chike Benjamin, revealed that her ‘baby girl’ lifestyle is not funded by any man because she’s been working from the age of 16.

During the interview, she’d said ;

“I have actually worked from the age of 16, i went to the high school I went to the university and I was working two jobs. I paid my rent, I looked after myself I am a very hardworking person”.